v.s. Cleveland Cavaliers: To The Next Level

All season long the Cleveland Cavaliers and the Boston Celtics have been the drab garments hanging in the middle of the Eastern Conference closet, obscured by the red-and-black finery of the Chicago Bulls. The Cavs are the blue pin-striped suit, capable and impressive in their own way, but conservative and quiet and maybe lacking a little, well, presence. Despite a 57-25 record—tying Portland for second best in the league—Cleveland went almost unnoticed as the second-place finisher in the Michael and Scottie Division.

The Celtics, meanwhile, were the old-fashioned, green sport coat, the one worn by your junior high school science teacher, solid and familiar, but miles off the style track. As champion of the Atlantic Division, Boston received little attention for winning 16 of its last 18 regular-season games, including eight in a row without the injured Larry Bird.

But, suddenly, with the Bulls displaying a mysterious and severe case of vulnerability in their series against the New York Knicks, neither the Cavs nor the Celtics look so middle-of-the-closet anymore. Cleveland's 114-112 overtime victory on Sunday afternoon in Boston Garden tied, at 2-2, an all-ball-no-brawl playoff series that showcased two teams with the smarts and the stylistic balance to challenge the fancy red-and-black Bulls or, for that matter, the muscular black-and-blue Knicks.

"I dare you to find two smarter teams," said Cleveland coach Lenny Wilkens on Sunday, minutes after a rare victory in what has traditionally been a hellhole for the Cavs. "That doesn't mean we're the most athletic or even the best teams. But we know how to play the game." Yes, the Cavaliers and the Celtics had served up a game, like all the others in this series, that Dr. Naismith would have been proud of—no flagrant fouls, no finger-pointing, no woofing, no technicals, no elbows, no roundhouse rights.

Not everyone was in the mood to make such a glowing aesthetic evaluation, however, certainly not Celtics shooting guard Reggie Lewis, who has been the NBA's best postseason player. Lewis's 42 points went to waste on Sunday. Bird wouldn't have made that evaluation either. He returned to the lineup on Sunday after a five-week absence only to blow a game-tying shot in the final seconds of overtime.

Cleveland entered the playoff series with a franchise record of 9-47 on the parquet, including 0-5 in postseason play. Last Friday's Game 3 was a classic Garden nightmare for the Cavaliers. Led by point guard Mark Price's 27 points, 10 assists and only one turnover, they played a wonderful game and, with a six-point lead early in the fourth period, seemed ready to secure their first playoff victory in Boston. But Lewis had other ideas. He finished with 36 points, 26 in the second half, 11 in the final 5:30, and the Celtics escaped with a 110-107 victory and a 2-1 series lead. Said center Brad Daugherty in typical, understated Cavalier fashion: "He's a purty durned good shooter."

So durned good that, after the win, Lewis did his postgame interviews while sitting at the Table. As Celtics symbols go, the Table, located smack in the middle of their locker room, is nowhere near as well known as Red Auerbach's cigar, the parquet floor or the banners, but it is a symbol nevertheless, and Lewis's invitation to it represented somewhat of a rite of passage. In normal postgame situations, Bird, Kevin McHale and Robert Parish conduct their interviews at the Table. The rest of the Celtics either wait until the big three are finished at the Table or chat up the press wherever space is available. But after his performance on Friday, teammate Kevin Gamble suggested that Lewis be the first to hold court at the Table, particularly since Bird, who hadn't played, was already gone.

Eventually, McHale gave what has become the standard evaluation of Lewis: He has taken his game "to the next level." But to the Celtics the next level means that Lewis is not only ready, willing and able to take the big shot but also able to spot open teammates—he had seven assists in Game 3—when double-teamed. Said McHale, "He's getting very reminiscent of another guy we've had around here."

That other guy walked into the locker room about 90 minutes before Game 4 on Sunday morning. Coach Chris Ford gave almost no thought to starting Bird, as he almost certainly would have done if the Celtics had not finally figured out how to win without him. In fact, there was one quiet theory that Boston might be better off if Bird stayed out of uniform, but if any of the Celtics subscribed to it, they weren't making it public.

Over in the Cavalier locker room, meanwhile, Wilkens was making no special plans to counteract the emotional impact of Bird's return. "We put two plays that they run for Larry on the board," said Daugherty, "but other than that we didn't mention his name." Purty durned cool. Overemotionalism will never be the downfall of these Cavs.

In the early stages of Game 4, however, it seemed that Lewis, once again, would be—he scored 13 first-quarter points. Bird finally got off the bench early in the second period. He immediately found Lewis cutting across the middle for a hoop, then stepped back and hit a jumper, then gave McHale a gorgeous bounce pass for a basket off a pick-and-roll. Three buckets, three little bits of Bird magic. A lesser team might have wilted but not Cleveland.

The Celtics are pretty steadfast these days too, and they finally clawed back into the lead early in the fourth period. Boston expended a lot of energy in doing so, however, energy that Bird didn't appear to have: In 10 second-half minutes, he had two free throws, one assist and zero rebounds. Down the stretch and into the overtime, Ford alternated him with starter Ed Pinckney, Bird playing on offense, Pinckney on defense. Interestingly, in every clutch situation the Celtics went to Lewis, not to Bird. That included a jumper in the final seconds of regulation with the score tied 103-103. Lewis missed it—"Reggie got fouled, but they didn't have the nuts to call it," said Bird later—and the game went into overtime.

The difference in OT was the Cavs' Larry Nance, who squared up three times and swished jumpers that kept Cleveland on top. Nance, an accomplished mid-range jump shooter, finished with 32 points on 13-of-16 shooting. Still, like the careless schoolboy, the Cavs kept leaving the door open just a crack. And it was still open when, with 14.7 seconds left, Daugherty made only one of two free throws for a 114-112 Cavalier lead. Would the final Celtics shot go to Lewis, the rising star, or Bird, the fading one? No question. Bird handled the pass on the in-bounds play, but Ford screamed, "Get it to Reggie!" Bird eventually did, and Lewis drove to the basket. He pulled up when traffic grew congested and flicked a pass to Bird, cutting to the basket on the right side. It wasn't an easy layin, but it was one that, as Cleveland's Hot Rod Williams said, "he's made a thousand times before." This time he didn't.

And, So, the series returned to Cleveland for Game 5 on Wednesday night with Game 6 back at the Garden on Friday. The Cavs had regained the home court advantage, and they were feeling purty durned good. 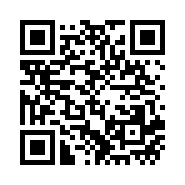