v.s. Philadelphia 76ers: They Shook Hands And Came Out Exciting

Of all the objects besides a basketball that might find their way into the immense hands of Julius Erving and Larry Bird, consider for a moment a hatchet and a torch.

Happily, the hatchet has been buried. As for the torch, posterity may come to recognize Dec. 12, when the Philadelphia 76ers beat the Boston Celtics 110-107, as the night Dr. J passed it on. Intramurally, it may have been vouchsafed to an irrepressible rookie forward named Charles Barkley, who served notice that he will be a lead character in Philly-Boston dramas long after the Doctor retires. And in the grander scheme of pro basketball's grandest players, Erving offered, with a disarming pregame act of sportsmanship, to pass to Bird the torch of noblesse oblige.

Ever since Nov. 9, when Erving and Bird were thumbed from the Celtics' 130-119 rout of the Sixers in Boston Garden for fighting with each other, the NBA had been buzzing about the confrontation between the captains of its two best teams. And after the league office announced fines totaling $30,500, covering 18 participants in the melee and including levies of $7,500 each for the two principals, attention quickly shifted to the teams' next game. Would Bird and Erving shake hands? Smile? Kiss and make up? Be ebony and ivory? Or oil and water? The league office feigned disinterest by scheduling its Christmas party for that evening and assigning referee Tommy Nunez, who's known around the league as Mascara because of his penchant for whistling makeup calls, to work the game. "It's like a high school dance," someone said during the suspenseful few hours before tip-off. "Everyone's watching to see who's talking to whom."

At 6:10 p.m., 90 minutes before the opening tip, a ball boy emerged from the Celtics' locker room. Doc had just been in there, he said, and had actually put his arm around Bird, drawing him into conversation. "I wanted to take the initiative with Larry," Erving would say later.

By 6:20, four players—Sixers Leon Wood and Erving, Celtics Scott Wedman and Bird—were taking warmup shots at the Spectrum's west basket. Bird stood under the hoop for one stretch, doing the rebounding stint that's obligatory in playground protocol. At least seven times he flicked the Doctor's shots back out to him.

And at 7:30, just before the pregame intros would begin, Bird and Erving were at midcourt, brought together by Nunez and his partner, Jess Kersey. The two players shook hands and seemed to be enjoying a reunion. "The referee might have cracked a joke," Dr. J said later. "I might have told him [Bird] that his great season was good for the league. And he might have said, 'You're having a good season, too.' " And they shook hands warmly again.

"I fought my brothers all my life," Bird would say after the game, "and I like them."

"It's over," said Erving. "These teams have to play each other four more times and probably in the playoffs. And they want to play—not gang war, fight or do the things that have made good copy. Boston doesn't need motivation to play Philly. And Philly doesn't need it to play Boston. It's behind me. Behind us."

Unfortunately, all the attention accorded the fight has obscured the marvelous seasons both Erving and Bird are having. The off-season was ominous for the Doc. Early in the summer his sister died of cancer, and his stepfather and father-in-law passed away, too. Then the 76ers actually listened for more than a minute to the Los Angeles Clippers when they called offering to trade Terry Cummings for Erving.

But when training camp opened the Sixers initiated talks with Erving's agent, Irwin Weiner, about re-signing Dr. J, who'll be 35 in February, after his contract runs out next spring. And the play of Barkley, the 6'6", 260-pound Round Mound of Rebound from Auburn, who finally earned a starting spot on Nov. 30, has allowed the Doctor to operate with more room. He's taking more jumpers and fewer shots off post-up power moves and getting his assists by dumping the ball into center Moses Malone and The Promised Land Mass. "The idea is to get the guy [normally Barkley] with the weaker defensive player on him down low," says Erving. "If I can score 20 points a game [he was averaging 21.2 at week's end] and not spend as much physically to do it, it can prolong my career."

Meanwhile Bird, at 28, is having the finest of his six pro seasons. As of Sunday he was getting 28.7 points a game, over four more than his previous best. "If you'd have told me at the end of last season that he could play better, I'd have been amazed," says Jan Volk, general manager of the Celtics, whom Bird led to a pulsating four-games-to-three victory over the L.A. Lakers in last spring's NBA finals. "But he has played better." Perhaps it's because of the time he spent last summer running up hills in southern Indiana, or the extra half-hour he puts in shooting alone before games, or the simple fact that his teammates are looking for him more. Bird was shooting 53.6%, with a league-leading 48.5% (16-for-33) from three-point range, which is remarkable, because he's a career 49% field-goal shooter overall. "He's just playing with more confidence," says Maxwell. "Then again, if you're MVP of the league, it's not hard to have confidence."

How did Bird and Erving allow themselves to sink into a common street fight? One theory holds that a knee injury that forced referee Jack Madden from the Nov. 9 game early in the third quarter and left his partner, Dick Bavetta, alone, contributed to a situation in which physical contact got out of hand. Bavetta had to go it alone, and, wrote Dan Shaughnessy in The Boston Globe, "It was like leaving Barney Fife in charge of Hill Street Precinct." Another view has it that Erving, having been Dr. Do-Little for the game—he'd scored but six points while Bird had gone for 42, most of them against the Doc—was frustrated.

Of course, Philly-Boston fisticuffs have a hoary tradition, dating back to the days when Philadelphia's NBA team was the Warriors. Before the set-tos of the last few years ( Malone vs. Celtics president Red Auerbach, Malone vs. Maxwell, former Celtic Gerald Henderson vs. Sixer Sedale Threatt, Bird vs. Marc Iavaroni and Sixers coach Billy Cunningham vs. his sport coat), there were such notable bouts as the Warriors' Tom Meschery vs. the Celtics' Tom Heinsohn and Philly's Wilt Chamberlain vs. Boston's Jim Loscutoff, and who can ever forget the night Sam Jones went after Wilt with a stool?

But none of the theories fully accounts for two superstars risking their reputations, their priceless hands—Bird already has a badly bent right index finger as a result of a Softball injury—and the mugs that pull in hundreds of thousands of dollars annually in endorsement deals, including the plugs for Converse, in which they appear together. After viewing tapes and conducting interviews, the league office issued a statement calling Bird "clearly the aggressor, the instigator of the melee." (According to eyewitnesses, Bird seemed to say something that touched off the incident, but if he did say anything, neither Bird nor Erving will say what.) The NBA also upbraided Erving for "escalating an already serious situation." Both have appealed their fines.

Meanwhile, boxing promoter Don King sent Bird and Erving telegrams, asking them to fight under his auspices. This sort of thing left Erving, who ripped up King's wire and threw it away, embarrassed. "We need a better image than that as athletes and as gentlemen of the sport," he said. "It was really a bad scene, a night when there must have been a full moon."

Wednesday night's moon was in its last quarter, which is when the game was decided. The first period was Erving's. He scored eight points in nine minutes, stuffing two of his own shots and snuffing three others, including one by Bird, whom he held to a single basket as the Sixers went out to a 37-23 lead. Bird atoned in the second. With the Spectrum crowd—17,921, a sellout—booing every time he touched the ball, Bird threw in three jumpers, including one that closed Philly's halftime lead to 59-56.

In the fateful fourth quarter, Sixers guard Andrew Toney outdid both Doc and Bird, nailing a jumper, darting down the lane and passing off for a Malone dunk and stroking in another J. Then, with 1:27 left, his 23-footer put Philly ahead 108-107. "The Boston Strangler strikes again," Maxwell moaned after the game. "The FBI should put him on their Most Wanted list."

Celtic center Robert Parish, one of the few noncombatants in November—"I couldn't afford the $500," he said, though he earns $650,000 a year—muffed a pair of free throws at :35 and a turnaround jumper after a subsequent rebound. McHale was forced to foul Barkley intentionally with 11 seconds remaining. "I hope you miss," Barkley says Celtic guard Danny Ainge told him. The rookie, who was fined $1,000 for holding Bird while Erving pummeled him on fight night, drained both shots the way the veteran Parish hadn't, to all but clinch the victory.

Erving had sat on the bench for most of the last four minutes, while Bobby Jones hounded Bird and Barkley—who finished with 17 points and 12 rebounds—threw his weight around the lane. "Bobby and Charles were playing so well," Cunningham said. "We had a six-point turnaround and I wasn't going to make any changes."

"I understand it," Erving said in the Philly locker room after the game. "The way the team's made up, I don't have serious problems with that. If we lose games because of that, Billy and I can discuss it."

Then he finished dressing—is there any other NBA player who wears French-cuffed shirts to games?—and made a concession. "His [Bird's] responsibility is larger than mine is right now. Every night they expect 30 points from him, and to be the leading rebounder. I've been in that situation, and it's tough. This is the best situation for me right now."

With 11 seconds to go, Erving went back in to replace Barkley, who might have made a rookie defensive blunder. Ainge and Bird missed three-pointers, and as the result was about to take its place in the archives—the Sixers have now won 27 of 51 meetings with the Celtics during the era of Bird, who had 34 points, and Erving, who had 16—a fight broke out. A fan dressed in a Santa suit had obstructed the view of a patron in a $60 seat, and they mixed it up.

An omen of what?

"Tells you things aren't good in the world."

Things, however, are good once again in that other world, in which only Bird and Doc reside. 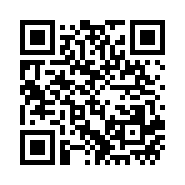