The Boston celtics start the same five as last year but have lost four from the traditionally strong Boston bench. John Havlicek (shooting against the Knicks, opposite) will have to replace all of the missing four, and he is capable of doing it. Since there never was an adequate back-up man for Bill Russell, it matters little if tall rookie Mel Counts can—or cannot—do the job so long as Russell is not hurt. With him, this will always be the team to beat.

BOSTON
On the first day of fall practice the newest Celtic, Willie Naulls, collapsed from exhaustion. "I'm loaded with hustle scars," he said last week. Coach Red Auerbach always starts his teams hard, but this year the regimen was tougher than ever. The Celtics want to get off to a fast start to show that they can win without Bob Cousy and that they can still run and play both ends of the court in spite of an average age of 29, highest in the league. In Boston the name the players give their game is "big D," the D for defense. The man who spells the whole word out is Bill Russell, still magnificent and even more determined. His major cohorts are Tom Sanders, an excellent defensive corner man, and K. C. Jones, a guard who is such a master of harassment that he often keeps opponents from even getting the ball. K. C. is Cousy's replacement, but it is Naulls (12.9) who should make up the scoring lost when Cousy (13.2) retired. Bought from San Francisco, Naulls is the latest of the veteran replacements that the Celtics always seem to come up with. The only other Celtic newcomers are also experienced. They are Guards Johnny McCarthy (ex- St. Louis) and Larry Siegfried (ex-ABL). Sam Jones (19.7) and Tommy Heinsohn (18.7) will continue to lead the scoring, though Heinsohn is slowed for now because of shingles. John Havlicek, last year's fine rookie, is now more of an outside shooting threat than he was. Havlicek is another Auerbach swing man. He and Frank Ramsey can play both forward and guard, providing a versatility that makes Boston even deeper. The Celtics will need depth for their fight with the Royals. " Cincinnati is a helluva team," Auerbach says. But everybody knows Boston is, too.

Last year the Celtics could have won in a walk, and they almost did, beating Philadelphia by 11 games for their fifth consecutive Eastern Division title. This year they are still the best in the NBA, but they will have to run all the way to prove it. Bill Sharman (16.3 points a game) and Gene Conley (substitute center) are gone. Bob Cousy is still matchless, but he is also 33. Coach Red Auerbach has nine returning veterans, however, so the changes won't be fatal. The Joneses (Sam and K.C.), line-drive-shooting Tom Heinsohn, Frank Ramsey and Tom Sanders, who performed so well as a rookie in last year's playoffs, will share Sharman's points. Cousy paces himself well, and Auerbach can afford to rest him often. Bill Russell, the defensive wonder who was last season's MVP, is back with a goatee and a better shot. The Celtics' future depends on Russell. If he stays healthy, it's Boston.

Yes, Bob Cousy and Bill Sharman are a year older but this is still the finest basketball team ever assembled. Last year the Celtics had 17- and 7-game winning streaks and easily won their fourth consecutive Eastern Division championship. They look even better this season. Jim Loscutoff has recovered completely from a slipped disk operation, and a full season of Loscutoff adds power up front. This also permits Red Auerbach to use Frank Ramsey as a sixth man instead of as a starter. So Ramsey will again be the most dangerous substitute in the NBA. Bill Russell can hardly improve on defense and gets better every year on offense. Boston's first draft choice, Tom Sanders, has rebounded and scored well in exhibition games and he may be an alternate starter before the year is over. The Jones boys (Sam and K.C.) may play alternate quarters with Cousy and Sharman this year, a system that worked well in last season's playoffs with Philadelphia; they would be first-string anywhere else in the league. Tom Heinsohn is now an authentic All-Star, an intense, all-round competitor, and Gene Conley adds defensive and rebounding strength up front. Often undervalued, too, is Auerbach's tested skill in handling his players. Boston is best in the back-court, best in the forecourt and undeniably the best in the Eastern Division.

The best team in pro basketball last year is this year's Boston Celtics; no changes. Coach Red Auerbach has the same superb combination of youth and experience, speed and height, savvy and stamina that swept to the eastern title by six games, eased up, and then beat the inspired Hawks in the playoffs. Playing in only 48 games (out of 72), Russell was still fourth in the league in rebounds, one reason for the great success of Boston's fast break. Another, of course, is Bob Cousy, who can move faster with the ball than most pros can without it, spot a free man (or a soon-to-be-free man) with the merest corner of an eye and get the ball to him pronto. Add Bill Sharman, league leader in free-throw accuracy and a .400-plus hitter from the floor, and Tom Heinsohn, who earned his Rookie-of-the-Year award with a variety of spectacular shots. Finish with Jim Loscutoff, all spring and muscle under the boards, and you have, quite possibly, the best combination ever assembled on a pro team. Bullish Frank Ramsey and steady Arnie Risen, Andy Phillip and Jack Nichols make up a powerful bench. Only cloud on the Celtics' horizon is the advancing age of their veterans. But balancing this is Auerbach's concentration on conditioning and the pride that Sharman, Cousy, Risen and Phillip take in keeping in shape. Barring injuries to these older stars, who might recuperate slowly, the Celtics should again finish 1st. 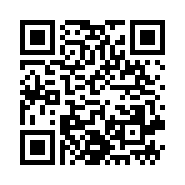