The Courting Of Danny Ainge

A jury ruled that his contract with the Toronto Blue Jays was binding, but Danny said baseball was out, and if Red Auerbach has his way the Boston Celtics will be in

Given his last memorable foray on a basketball court, was there ever any doubt that Toronto Blue Jay Third Baseman Danny Ainge would perform some last-minute sleight-of-hand and deftly emerge from a U.S. District Court in New York last week as a Boston Celtic point guard?

Well, nobody's perfect. Let the record show that the jury hearing the case between the Blue Jays and the Celtics for Ainge's services, wasn't the least bit impressed by Boston's argument. Last spring his endline-to-endline, last-second sprint and layup eliminated Notre Dame from the NCAA tournament, but last week's 180-degree turn, full-court dash failed to carry the day. And now Ainge finds himself not a BYU star, not a Toronto phenom—nor, alas, a Celtic rookie—but just Danny Ainge, homebody. 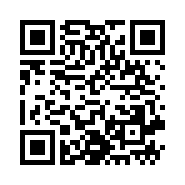