As the game's greatest rivalry resumed, a little man gave the Celtics a big lift over the 76ers

Let's see, now. Magic Johnson's playing games and Marques Johnson isn't. Hubie Brown leaves coaching to become an announcer and Kevin Loughery leaves announcing to coach Brown's old team. San Antonio, with its Fire and Ice backcourt, is hot, and Houston—an NBA Championship finalist last May—isn't. Oh yes, Boston and Philadelphia are at it again. Round I was fought last Friday night in Boston, and it went to the Celtics 111-103. The other developments had to do with mere basketball. Beantown gave us a glimpse of holy wars.

True, the game was but the first of six regular-season meetings between the two teams, but Boston Coach Bill Fitch says he can remember only one time in the last two years that a Celtics-Sixers matchup wasn't important. That was the last game of the 1979-80 season, when playoff positioning had already been decided. Even so, that was a six-point tingler. "There's been no time to enjoy the last two years because we're so involved with each other," Fitch says. "Sometimes I think it's more important to them to beat us during the regular season than in the playoffs."

The playoffs. They're what made this first game so special, because the last time the two teams met, also in Boston Garden, nothing less than the NBA Championship was on the line. After the Celtics overcame a 3-1 deficit in games and went on to win the deciding seventh game 91-90, there was little doubt that they would take the title, and they did, defeating Houston four games to two.

Some believed last season's failure would devastate the 76ers, but they entered Friday's game the winners of 10 of their last 11, and with a 14-2 record, the best in the NBA (but only a half game ahead of the 14-3 Celtics). Half of Philadelphia's wins had come on the road, where it was undefeated. Boston was 9-1 at home. Sixers General Manager Pat Williams said, "If we win, does it prove anything? No. But it would give us a lift psychologically to break service in the other people's building."

"With each game, some little thing gets established," said Julius Erving. "Then the next game you play chess again until you find the things you can use to win in the end."

Of course, all these strategic subtleties wouldn't matter as much if the teams were battling for last place, which hasn't happened very often. "We go through thorough studies of our players on and off the court," Coach Billy Cunningham says. "In the end we'll accept a little less talent in someone who works a little harder for the team. The end of the bench is very important, because they're the ones who can cause the most problems in the locker rooms."

Fitch agrees. "Other teams have as much talent as we do, if not more, but it doesn't mesh as well. Also, you know both teams will play you hard every night. On other teams the players sometimes play not to lose; we play to win." But not always in the same style. Philadelphia, the veteran team, is looser, while the Celtics, perhaps just because they are the Celtics, are more restrained. At midday Friday the Sixers held a short workout in the Garden before owner Harold Katz, the press and anyone who happened to stroll in, while the Celtics, as is their custom under Fitch, drilled in private for almost two hours at Hellenic College in Brookline. On Friday night a pair of television sets in the Boston locker room were smartly switched from a rerun of The Jeffersons to a cassette of the rerun of the exhibition game played on Oct. 9 between Boston and Philly. Boston had won that one 103-94. The game's the thing.

And Boston won last Friday night, although Philadelphia probably had more talent. Sound familiar? Portland prevailed over Philly in the 1977 championship series, L.A. in 1980—but Boston has inflicted the most pain. There was that two-point defeat in the seventh game of the 1961-62 divisional finals (when the Philadelphia team was the Warriors). Three years later another seventh game was lost by a point when an inbound pass was stolen by John Havlicek, and Boston again won the East.

Last spring the Sixers blew a six-point lead with 1:51 to go in the fifth game, a 17-point lead in the sixth and an 11-point margin in the seventh game.

Cunningham missed the 1967-68 fold-up because of a broken wrist. Philly had gone ahead 3-1 in games only to blow yet another divisional title. But now as coach he found last year's defeat especially painful. "It took me several weeks to get over it, to figure out what happened and what didn't," Cunningham says. "I knew certain people wouldn't come back strong, but I had no doubts about this team this year." After the preseason Cunningham dumped his double big-man tandem of Darryl Dawkins and Caldwell Jones, replacing C.J. with erstwhile sixth man Bobby Jones, who could do more of those "little things" that all good team players do.

Dawkins stayed in the starting lineup as the enforcer for the smallish front line. He was averaging more than nine rebounds a game while shooting 62.2% from the floor before missing a pair of games last week with a hyperextended right knee. It was hoped that he would recover for the Celtics, but a noticeable limp restricted him to only 11 minutes. "It's better to lose him for one night than one month," said Cunningham.

Apart from the on-the-court changes, Philadelphia has benefited from a change in attitude as well, according to Erving: "Last year we entered the season believing we had to win the championship or be considered failures. So in the regular season, winning was routine and losing was almost catastrophic. We weren't learning anything about us over the course of the season, how we were playing, how we used people, the character of the team.

"We have to decide when to be structured and patterned and when to just go out and play. We didn't do that against Boston last year. This year we're learning how to enjoy each regular-season game and still be therein the end."

There is where Boston returned after Celtic tradition took a three-year leave of absence following the 1975-76 championship, because of uninspired players and over-inspired owners. The nadir came in the 1978-79 season when Boston finished last in the Atlantic Division, 25 games out of first with a 29-53 record. But before that sorriest of seasons even started the Celtics had begun closing in on the man who would help lead them out of the wilderness—Larry Bird. In the draft they picked Bird as a junior eligible, and in 1979 he joined the team. He would become the catalyst for the new/old Celts, who, oddly enough, were patterned in part after Philadelphia. Fitch was in his first season in Boston. "The Sixers blew us away in an exhibition game in Maine [120-101] that year, and I said I'd be happy if we could be half as good as they were," he recalls. "They were the standard that we were trying to shoot for."

The Celtics finished that season 61-21, having achieved the best one-year turnaround in NBA history. Boston even split the season's series with the Sixers, but Philly stuffed the Celtics in the conference playoff finals in five games. In the off-season the 76ers again were the inspiration for change in Boston as Fitch tried to figure out a way of keeping up with the Joneses while keeping the Doctor away.

Unable to out-finesse the Sixers, the Celtics decided to bludgeon them, trading for Robert Parish, drafting Kevin McHale and planning to give more time to Rick Robey off the bench.

However, the Celtics' delicate balance and camaraderie may soon be disrupted when Danny Ainge, late of the Toronto Blue Jays, dons his new green sneakers. He has signed a five-year Celtic contract at an estimated $350,000 per year. And when he's activated it will be goodby to one of the less visible Celtics. Still another move will have to be made when M.L. Carr comes off the injured list, where he's spent the season so far because of a fractured right leg.

"The fellas have treated me as well as can be expected under the circumstances," Ainge says, "but I'm sure there may be some hard feelings if someone has to leave."

"I drive around town and hear my name being tossed around on the radio talk shows all the time," reserve Center-Forward Eric Fernsten said before Friday's game. "One guy calls in and I'm a Celtic; the next one calls and I'm not. No one's as worried about what's gonna happen tonight as what's gonna happen next week."

On this night, at least, the mystique was intact. Ainge was sitting at the press table next to the Boston bench. Chris Ford, whose playing time is likely to be cut when Ainge joins up, bombed the 76ers with three first-period three-pointers as Boston raced to a four-point lead at the quarter that became 13 at halftime.

When Dawkins picked up his fourth personal in the first minute of the second half and then Parish hit a long jumper from near the top of the key, the Garden fans sensed a rout. But Philly came back by crashing the offensive boards, cutting the Boston margin to 75-68 on a Caldwell Jones basket that came after four offensive rebounds. Boston would get 11 offensive rebounds in the game, the Sixers 13, 10 in the second half.

To counteract Philadelphia's aggressiveness, Fitch moved Bird, who had a—for him—quiet 24 points and 10 rebounds, to guard with 9:08 to play and Boston leading 88-83. It was the second consecutive game in which Bird was used in the backcourt, and only the fifth time in his professional career. Cunningham chose not to put someone bigger than the 6'3" Lionel Hollins on the 6'9" Bird.

Indeed, in Bird's eight-minute stint in the backcourt, the Sixers cut the Boston lead to 92-91 and 94-93 before McHale and Nate Archibald put the game away by combining for 14 points in the last five minutes. Just before the game's opening tip, Fitch had told Archibald, "Go out and get 21," and Tiny came through, almost, scoring 22 on nine-of-12 shooting from the field, with eight assists. When Dawkins was on the bench, he drove the lane seemingly at will. McHale scored 18 points, added six rebounds and blocked three shots in 24 minutes.

And, although it was only a regular-season game, it did put the Celtics into first place temporarily. ("We're Number One," the fans chanted). The next night, in New York, Boston was routed 103-83, and fell back to No. 2 in the division as the Sixers beat the Nets. "It's hard when you played a very tough game the night before," Fitch reasoned Saturday night, "and then have to play a team which was idle the night before and which had lost by 26 two nights before."

Fitch should not have any difficulty getting the Celtics up for a game on Dec. 19: That will be Round 2, in Philadelphia's Spectrum. 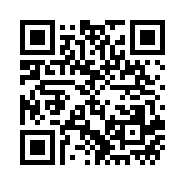