They're Replaying The Sixth Man Theme

Boston has always been renowned for its supersubs. First there was Frank Ramsey. Then came John Havlicek, now a superstar. Today there is Paul Silas, who has the Celts off to a super start

Typically, John Havlicek (see cover) was alone in the locker room long after his teammates had dispersed, precisely knotting his dark tie and carefully adjusting the jacket of his gray pinstriped suit. The captain of the Boston Celtics is nothing if not methodical, right down to the symmetrical pieces into which he cuts his pregame steaks. He demands a similar precision of himself and his teammates on the basketball floor, and because he does, his squiggly Charles Schulz mouth was pursed with earnestness when he said last Saturday night, "See, it's just like I thought. We're not all that good." Havlicek made that judgment after a Boston loss, but even so it seemed a mite harsh. The defeat, 118-107 to the Kansas City-Omaha Kings, was the Celts' first of the season, following 10 wins—the third-fastest getaway in Boston's history, and it is a history full of quick starts and quicker finishes. 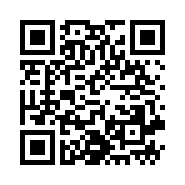