Imagine this Scenario: The Boston Celtics finish the first half of a game at Boston Garden and retreat to their locker room at halftime. A few minutes later, out comes Larry Bird, an accordion draped around his neck. Bird walks to midcourt and proceeds to play Lady of Spain and The William Tell Overture on the squeeze-box.

Implausible? Well, sure. Bird can't play the accordion. Besides, the Celtics sell out every night and don't need such hokum. But that was not always the case, and one Tony Lavelli, a three-time All-America at Yale and the Celtics' top draft choice in 1949, could and did play accordion at the half of several Celts games. Lavelli did as much to help the franchise with music as he did with his fine hook shot. "Did Tony Lavelli save the Celtics?" asks Tony Lavelli rhetorically. "People said that he did, and I think there's some truth in that." 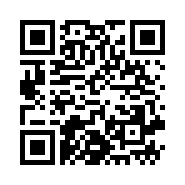