After five years, Boston again has a winner. The ingredients that beat Milwaukee in seven games are the same: a lot of tradition, plus gutty men like John Havlicek

John Havlicek, a vintage blend of sweat and pink champagne dripping from his hair, leaned against the green chalkboard in the Celtics' locker room after their seventh-game 102-87 victory over the Bucks and beamed that squiggly Charles Schulz grin of his. He had reason to be doubly happy: the NBA championship trophy was on its way back to Boston, where it always seemed to him to have belonged. And for the first time in all his many title-winning years, Havlicek, the Most Valuable Player in this series, was clearly the man most responsible for bringing the title home. Even in the final game, when his points totaled just 16, the Bucks' concentration on him allowed other Celtics—particularly Center Dave Cowens, who scored 28 points—to shoot freely off a revised Boston offense that had been diagrammed on that same chalkboard only hours before. It is an indication of how far these Celtics have come that they could look away from Havlicek and still win. And it is a mark of Havlicek and the old Celtic traditions he so thoroughly embodies that he loved every minute of it.

In winning its 12th championship and its first since Bill Russell retired in 1969, Boston had to weather three strong comebacks by Milwaukee. The Celtics won the opener, then the Bucks tied the series. Boston pulled ahead 2-1 only to have the Bucks make it 2-2. In the fifth game Boston edged in front once more with a 96-87 victory that seemed certain to take the suds out of Milwaukee. But strange forces were working in this playoff—after one hectic Celtic rally Kareem Abdul-Jabbar wondered aloud if he hadn't seen the ghost of that old Celtic clutch shooter Sam Jones loose once more on the Boston Garden floor. Neither team was able to win two games in a row, and, almost unbelievably, neither was able to win more than one on its own court—and so much for home-court-advantage theorists.

The memorable sixth game in Boston may have been the most dramatic playoff contest since the Celtics went four overtimes against Syracuse in 1953. The Bucks quickly got Dave Cowens into foul trouble, forcing him to the bench for 14 minutes of the opening half, and took an early 12-point lead. They maintained their edge until, with 1:05 left in regulation time, Cowens hit his only long shot of the night to tie the score at 86. It was then that the specter of Sam Jones—or something rather odd—made its presence felt. Before the fourth quarter ended, 6'9" Cowens managed to force 6'5" Oscar Robertson into a 24-second violation.

Nobody but nobody did that sort of thing to Oscar in the series, notwithstanding his 35 years. The two overtimes that followed included 12 lead changes and two ties. The first extra period ended with a game-saving steal by Boston Guard Don Chaney and a game-tying rebound of his own miss by Havlicek. "The best defense I've ever seen by two teams at the same time," said Havlicek of that bit of the war. The defense, as Milwaukee and Boston played it throughout the series, was indeed the very best. While the Celtics' press received more notice, it was actually the Bucks that were more unyielding. Milwaukee held Boston, which scored 109 points per game in the regular season, under 100 five times, and in one 100-point game the Celtics needed two overtimes to surpass that figure.

The scoring opened up in the second overtime with the Celtics bursting for 11 points, nine of them by Havlicek. His last two apparently gave Boston the title with seven seconds left. As the Celtic bench yelled hysterically for their teammates to call time, John calmly swished a jumper from the right baseline. One time-out and four seconds of playing time later, Abdul-Jabbar, who wasn't meant to take the shot, took the game right back for the Bucks with a perfect 15-foot hook from the right of the basket. The clock read 0:03 as the ball dropped through the net to give Milwaukee its 102-101 win.

The victory in the seventh game was an extraordinarily proud moment in the history of this extraordinary Boston franchise. It took Red Auerbach only five years to draft and trade his way to another title, and season by season there had been a careful effort to keep the old traditions of the team alive. The phrase CELTIC PRIDE appears on bumper stickers all over Boston.

One frequently hears club officials use it. Two Celtics above all are entitled to feel it—Havlicek and Chaney. In very different ways, both are products of the attitudes that have made the Celtics far and away pro basketball's most successful team.

When he joined the Celtics six years ago, Chaney hit more opponents than shots. In his first three seasons his shooting average was 38%, roughly the same as the percentage of time he spent on the bench in foul trouble. His presence in the starting lineup was cited by one Boston columnist as evidence of how far the Celtics' fortunes had fallen. Few other teams would have kept a player of Chaney's failings, but Chaney stuck. He became a fair shooter and an exceptional defender. Against the Bucks he spearheaded Boston's press and was the man most often asked to speed the ball upfloor in hopes of catching the Milwaukee defense before it could dig in. In his spare moments he covered Robertson closer than wallpaper.

Playing to the edge of exhaustion is the part of the old Boston style that Havlicek made famous. Indeed, although John has become a tradition himself at age 34, this was, in a way, his first title. He had played on an NCAA championship team at Ohio State and on six earlier Celtic winners, but invariably he had been overshadowed by bigger names—Jerry Lucas in college and Russell in Boston. Havlicek never became a full-time Celtic starter until the team finally went bad and could no longer wait for him to come off the bench to run opponents into the boards. But he is a patient man, and when his time came he was the key, hitting long shots in traffic and playing tough defense, crouched low and ready, long after other players would be bushed and ineffectual.

"When things are swinging easy we all get in the flow of it, and sometimes then it almost looks like we ignore John," says Forward Paul Silas, whose arrival from Phoenix in one of those deft Auerbach deals completed the roster Boston needed to win the title. "But when things don't go well, we look to him all the time to make the tough play. We probably do it too much.

Sometimes I'll have an open shot and still pass to him even though he's farther out and two guys are on him. We do this instinctively because he has usually been the guy who's turned bad moments into good ones for us."

In the end it was Havlicek's teammates who were able to turn the trick. Looking at movies of the previous games, Coach Tommy Heinsohn saw that the Bucks had increasingly concentrated their defense on stopping Havlicek. In a pregame meeting before what had to be the last game, Heinsohn took chalk in hand and plotted some new wrinkles. Other Celtics were sent wheeling into the middle instead of Havlicek coming over picks on the outside. Handling the ball far from the basket to keep the lane free of Abdul-Jabbar, Cowens' part was to set up his teammates as they cut toward the hoop. He added some sparkling outside shooting. While the Celtics built a 53-40 halftime lead he hit six of nine long jumpers.

Then when tight Milwaukee defense in the second half shut out Boston for 4:38 and cut its lead to five points, Cowens swiped a maneuver from Abdul-Jabbar's repertoire. He drove across the lane and swished in a hook. The Bucks never again came closer than five points. And fittingly John Havlicek locked up the victory with a driving three-point play—past Abdul-Jabbar, right down the middle and into history again. 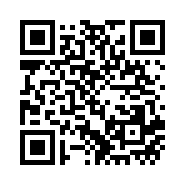